permal: No luck so far. Please check attached PDF and advise if possible.

ESP_Iggr: Looks like a standard setup of a default mosquitto docker image, same as I have used.

I tried it again now, using the updated version of tcp_perf, commit fc85cb683d4a5e4c2a5b4cb7d607a3790b0cfb96. At first it looked to be working, but then the same thing happens again. Eventually it fails creating sockets, but I guess that is a programming error in the tool. See attached images (they are in reverse order, but I labeled them and you can see the time stamps).

Update:
I'm still getting this behavior consistently. Simply resetting the device allows it to successfully connect again, but it starts failing again after one or two disconnects. Also, I do not need to start/stop the mosquitto broker to provoke the problem; that was likely an observation-error on my part. 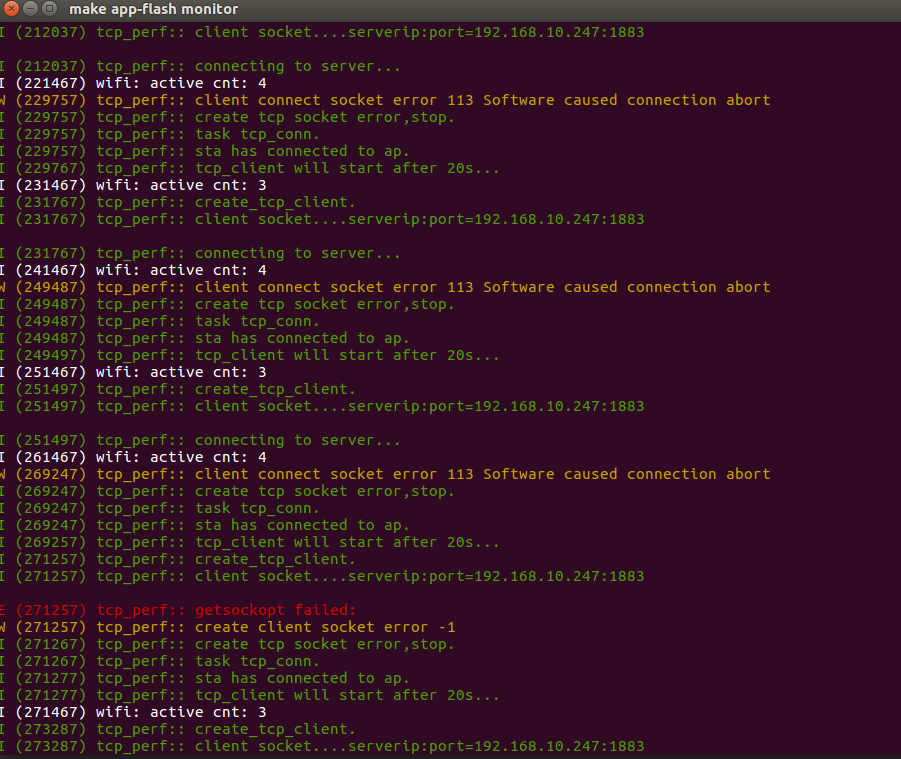 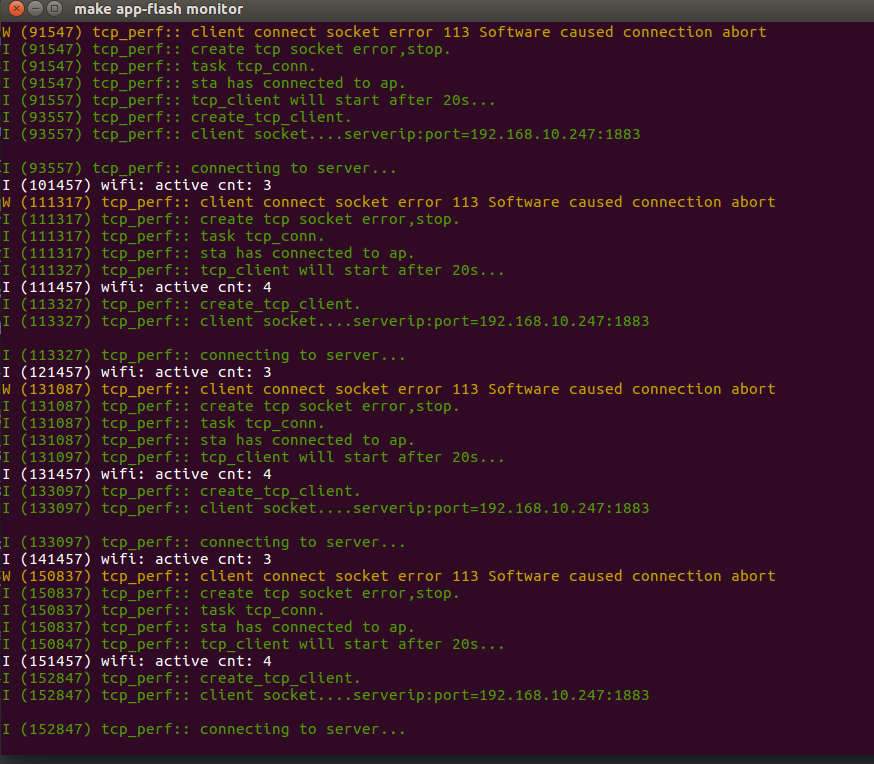 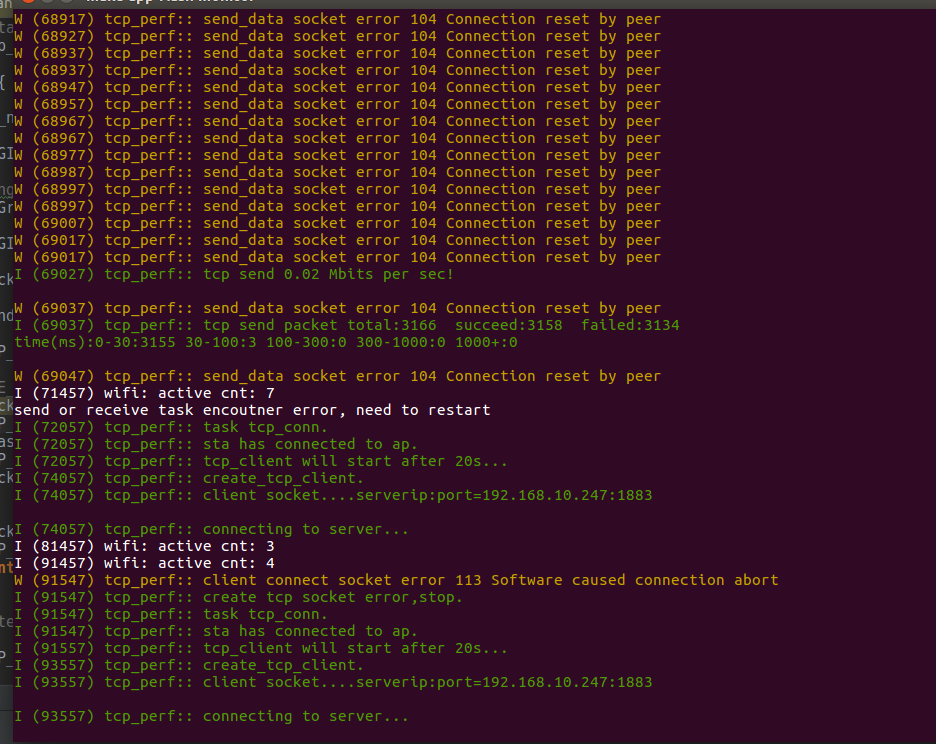 Image 1: As you can see, it has succeeded in connecting but fails to send since the MQTT broker quickly realizes that it is sending something else than MQTT packets.
software abort.PNG (159.79 KiB) Viewed 2789 times

permal: Please show us your capture information when tcp packet transmit from ESP32 to Unifi AP-AC Pro in detail by WireShark or Ominipeek. Thanks !
Top

Packets between ESP32 and Unifi AP? I'm sorry, but I do not have any such listening devices that lets be sniff the wireless communication. Can a second ESP32 be used for such a thing, if so, how?

If you actually mean the packets at the receiving end (mosquitto container) then that is what I've shown in earlier posts.
Top

Status update. I think I've finally found the cause of the problem discussed in this thread - it has turned out to be a bug in the MQTT broker. After updating to mosquitto 1.4.14 (from 1.4.8) it is finally running stable.
Top
Post Reply
35 posts

Users browsing this forum: No registered users and 48 guests