There seems to be very little information on the drive capability of a digital to analogue converter (DAC). I have found that they are good at sourcing current into a resistance connected to ground but are very poor at sinking current from a resistor connected to Vcc.

I measured a DAC with open circuit (except digital multimeter) and with a 220Ω resistor to ground. There was good linearity. The minimum output voltage was 0.05V and the maximum 3.16V (Vcc measured as being 3.28V), so not quite full swing from ground to Vcc.

The small drop in output voltage with the resistor connected indicated an output resistance of about 20Ω. However at higher output voltages there appeared to be a current limit of 12.7mA. This is shown in the graph below. Measurements were made at intervals of 16 (decimal), the red line being with the resistive load . . . . 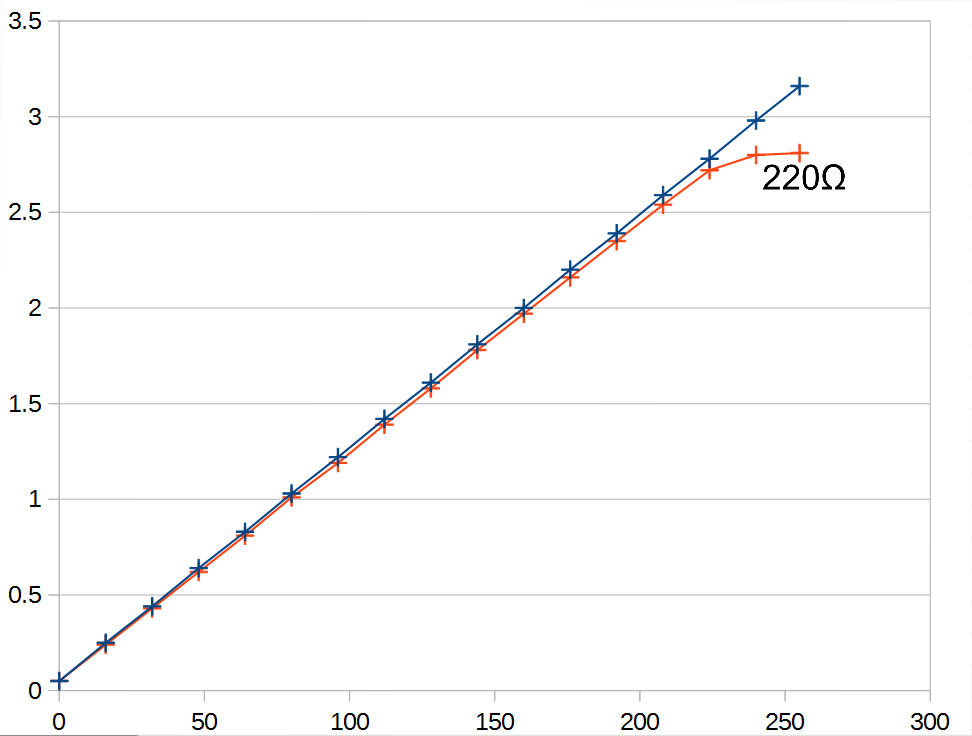 I used a much higher value of resistor to assess the ability of the DAC output to sink current: 22kΩ. Even with this relatively very high resistance, performance was very poor. The red line is with the resistor connected . . . . . 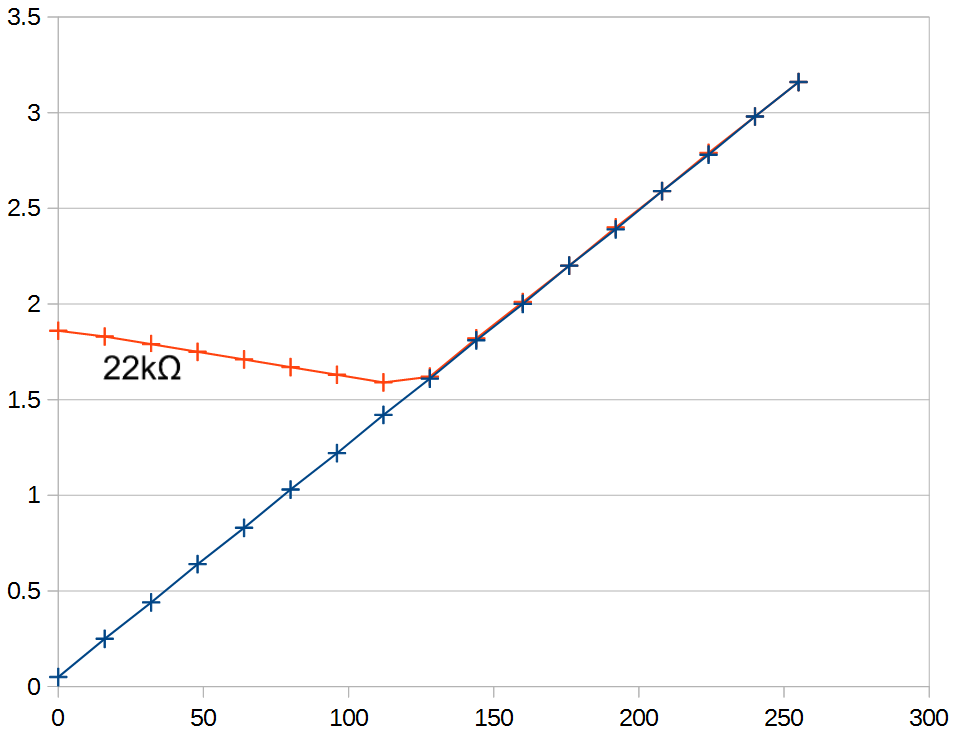 
mlibby wrote:Hello, does any one know what is the DAC maximum output value?


mlibby wrote:And for ADC what is the maximum input value?

mlibby wrote:Hello, does any one know what is the DAC maximum output value?

The maximum DAC output value on the graph in my original post was 3.16V with VDD=3.28V. So the maximum output value is not VDD as stated in the Espressif guide. The minimum value was 0.05V.
Top

Thank you so much.
Best regards
Top

I came across the same problem with a ESP32-S2-WROVER, mounted on the ESP32-S2-Saola-1 development module. I guess the DAC is the same as in the original ESP32. Using a 10K load to GND gives a linear response, no curvature at the high end with the 220 ohm load as pictured above. So, if you need to sink current, or source more than a few mA, an output buffer would be necessary.
Top
Post Reply
6 posts • Page 1 of 1

Users browsing this forum: No registered users and 13 guests